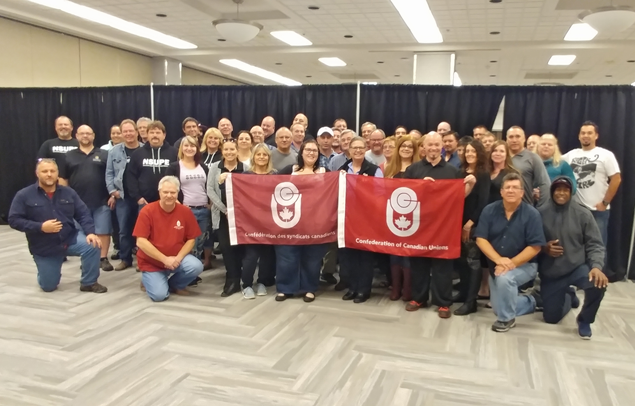 The 28th Biennial CCU Convention taking place at Winnipeg in late October 2017 was a perfect time for affiliate members of our federation to come together, discuss important issues and ongoing struggles that matter to working people, and renew our commitment to building an independent, democratic labour movement throughout Canada.

It was a collective of hard working people from all areas of the country, proudly representing their unions to address concerns, share resolve and promote what’s important to us as individuals in improving working conditions for every Canadian.

As the newly elected president of the CCU, I am privileged to lead an organization I deeply believe in, a federation that is growing not only in numbers but influence and conviction, with shared values in raising employment standards and ensuring social justice for all. It was an honour to chair convention and meet a new generation of labour activists from all over the country, some of whom were attending the event for the very first time.

The CCU remains committed to forwarding our movement as independent trade unionists, campaigning for better working conditions by the implementation of fair labour and employment laws… That is why the CCU was founded in the first place, and on the eve of our 50th anniversary, makes our labour federation more relevant than ever before.

On the agenda were vitally important discussions on a number of key political and economic issues.

Resolutions at convention agreed to continue the fight against Bill C-27, which would allow Crown corporations and federally-regulated employers to change Defined Benefit pension plans into weaker and precarious Target Benefit pension plans, where workers would bear all the risks.

Along with this is the ongoing struggle against Bill 28 in Manitoba, where the Conservative government is seeking to impose severe wage restrictions on public sector workers. Our sisters and brothers in the Association of Employees Supporting Education Services (AESES) have joined other unions in the province to oppose this anti-union and undemocratic legislation.

Convention renewed our time-tested CCU resolve to demanding fairness and equal pay for equal work, and defending those who are unorganized or are left in precarious occupations. Resolutions included supporting a living wage for all Canadians, brought forth by AESES, and a commitment to establishing a card check system for union certification, submitted by the Construction Maintenance and Allied Workers Canada (CMAW), both of which passed.

The York University Staff Association (YUSA) introduced a resolution promoting non-discrimination language in collective bargaining agreements, and another committing the CCU to stand in solidarity with First Nations women, girls and communities to ensure affordable housing, accessible education and the reduction of poverty. 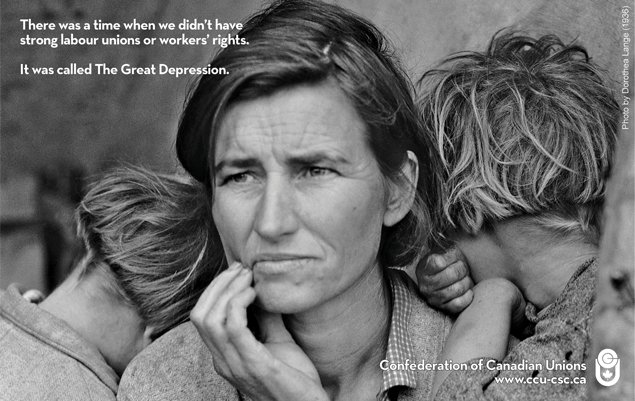 The CCU advertisement for Our Times Magazine, the leading labour magazine in the country.

The CCU also confirmed the creation of a new communications committee to take further advantage of extending our reach throughout the internet, social media and print media. In addition, the CCU committed efforts to joining the International Trade Union Confederation (ITUC), the largest association of national labour federations in the world, totalling 176 million workers.

And speaking of expansion, convention discussed the continued efforts of increasing CCU membership. The PPWC in particular mentioned the importance of organizing First Nations workers and recognizing that full reconciliation with the community must be achieved.

In late December, the CCU is meeting with the Canadian Unions of Skilled Workers (CUSW), a proudly independent, democratic union based in Toronto but with more than 3,000 members throughout the country. The CUSW have shown interest in possibly affiliating with the CCU, and if so, will add significantly to the fabric of our federation.

The CCU has agreed to the goal of doubling our membership to more than 30,000 members over the next several years, by way of organizing and showing independent unions throughout Canada what our federation can offer them.

This brings us to the issue of unity.

We live in a time when incomes for working people both inside and outside unions are not keeping pace, the gap between the very wealthy and everyone else is increasing at an alarming rate, and corporations and governments alike continue their attacks on workers’ rights.

History shows us that progress can be made only when working people stand together and fight for a common cause, on issues like secure pensions, decent-paying jobs for all, a clean environment, health care and education we can depend on, and social justice for everyone here in Canada and around the world.

I look forward to working with the newly-elected executive board, all of whom are truly outstanding people. The CCU remains committed to forwarding our movement as independent trade unionists, campaigning for better working conditions by the implementation of fair labour and employment laws, and holding employers and governments accountable for their actions.

That is why the CCU was founded in the first place, and on the eve of our 50th anniversary, makes our labour federation more relevant than ever before.

P.S. I want to wish everyone in the CCU Season’s Greetings and Happy New Year.