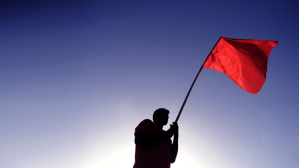 It’s been a very important week for the labour movement in Canada and throughout the world. In the last few days, we have marked both the National Day of Mourning and May Day. On April 28th, CCU members from around the country attended events remembering workers who have been killed on the job and reaffirmed […] 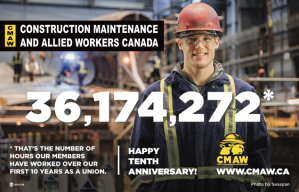 Happy birthday, CMAW! The Construction, Maintenance and Allied Workers Canada (CMAW) is celebrating its 10th anniversary. The democratic, independent union, which became an affiliate of the Confederation of Canadian Unions in 2013, represents over 7,000 workers in locals throughout British Columbia and Alberta. As it states on the CMAW website, it’s role is to ” […]