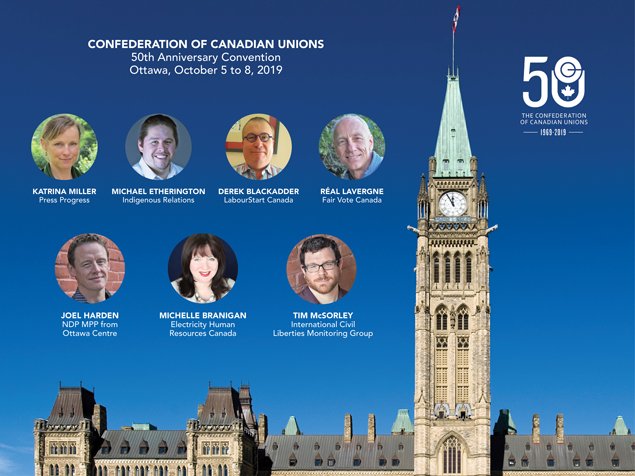 The Confederation of Canadian Union’s 50th Anniversary Convention is taking place in Ottawa on October 5 to 8, 2019.

The Confederation of Canadian Unions (CCU) held its first convention in July 1969. 50 years later, we celebrate this achievement with a very special event.

Our featured keynote speakers include:

The Labour School is normally held on the Saturday with convention on the Sunday and Monday, and the Executive Board wraps up the weekend on the Tuesday. All events are taking place at the Carleton Suite Hotel, 161 Laurier Ave. West.

As well, all CCU delegates and guests will attend guided tours of the House of Commons and the Senate on Parliament Hill.