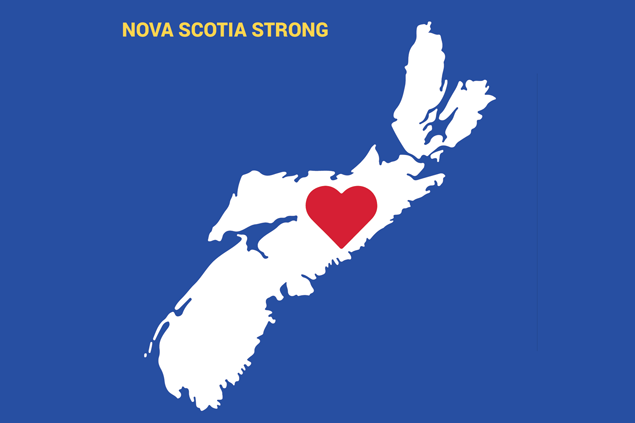 The Confederation of Canadian Unions is expressing its deepest condolences to the 24 victims of the horrific shootings in Nova Scotia on April 19, 2020. Those utterly senseless acts of violence are the deadliest in recent Canadian history. 22 individuals are gone, including one RCMP officer, and two others are wounded.

Flags throughout the country have been lowered to half-mast, and the House of Commons observed a moment of silence for the victims. Prime Minister Trudeau, Nova Scotia Premier Stephen McNeil, Queen Elizabeth and the White House, among others, have all made public statements expressing their sadness.

Nova Scotia is home to hundreds of members of the Nova Scotia Union of Public and Private Employees (NSUPE), a long-time CCU affiliate. Halifax is a regular meeting place of CCU conventions and events, and CCU members are always welcomed by its outgoing and friendly residents and enjoy time spent there.

The CCU is thinking of the families affected, and our hearts go out to those who have lost loved ones. We want to thank law enforcement and the first responders in Nova Scotia for their dedication and service, and putting themselves in harm’s way to save potentially dozens of other innocent people during this devastating tragedy.

In difficult times like this, we need to come together and support one another, to ensure something this terrible never happens again.

Confederation of Canadian Unions, including: