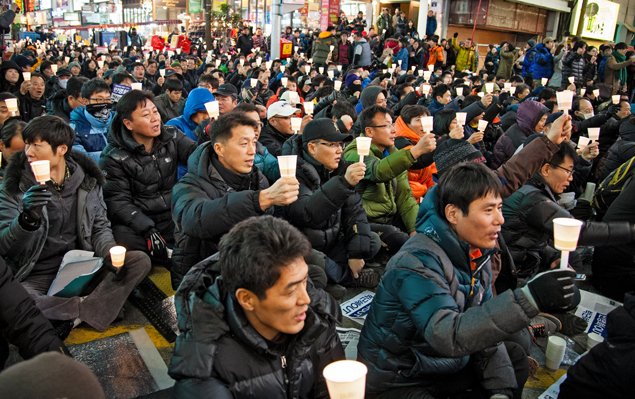 On February 25, 2014, a general strike was held in South Korea to protest the anti-union attacks of the Park Guen-hye government. In the past year alone, the Korean government has engaged in the following attacks against the country’s union movement:

• The de-registering of the teachers union
• The prohibiting of the registration of the government employees union
• Declaring a rail strike against privatization illegal
• Raided union offices
• Charged 15 trade unionists under the “obstruction of business” provision of the penal code, several of whom remain behind bars

The CCU joins the Korean Union movement, LabourStart, and the International Trade Union Confederation in demanding the release of the jailed unionists and calling on the South Korean government to respect freedom of association and the right to strike as fundamental human rights.

Learn more about the situation in Korea here