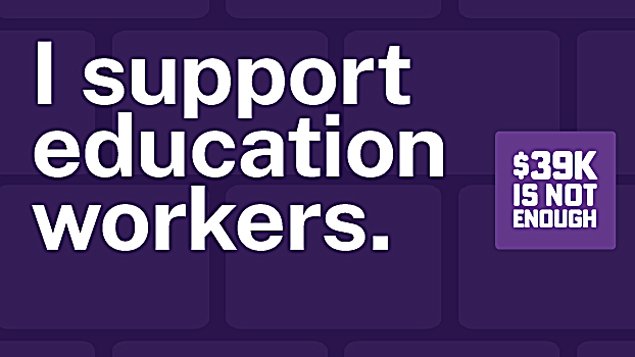 On behalf of the Confederation of Canadian Unions (CCU) and its affiliated members throughout the country, we are writing this open letter to urge your government to revoke its recent use of the notwithstanding clause (Bill 28), which is in radical violation of the democratic and labour rights of 55,000 members of the Canadian Union of Public Employees (CUPE).

The destruction of collective bargaining rights for education workers in Ontario has already been labelled by the Canadian Civil Liberties Association as a “catastrophe for rights and freedoms” and that use of the notwithstanding clause is a “gross overstep in the province.”

The right to join a union and bargain collectively is a hallmark of democratic countries throughout the world. That freedom is being destroyed by your anti-union legislation that will ravage the working conditions of some of the lowest paid workers in the Ontario public sector, most of whom have suffered reductions in real wages over the past decade.

Three years ago, your government imposed a one percent limit on public sector wage increases during a time of galloping inflation and radically increasing rents and housing prices in the province. Now you are taking your attacks against wage earners further by eliminating workers’ rights to collective bargaining, further reducing their incomes and living standards.

These education workers, which include custodians, administrative staff and education support workers, provide vital services to Ontario’s children and youth. Your legislation is not just disrespectful to them, but an attack upon the parents of our province who wish the best education and upbringing for their children.

Education workers from the Ontario Public Service Employees Union will walk off the job on Friday in a monumental show of support with their CUPE colleagues who are set to stage a province-wide protest against your government and Bill 28. And there is even talk of a province-wide strike by other unions in solidarity with CUPE.

This is your own doing, but it doesn’t have to be this way. The CCU and CUSW are urging you to withdraw Bill 28 and Education Minister Stephen Lecce to return to the table and negotiate in good faith with Ontario’s education workers so they can continue to deliver vitally important services for one of the most cherished educational systems in the world.