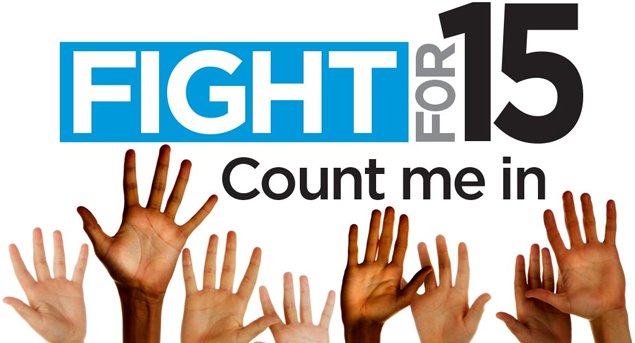 CCU President Kelly Johnson wrote open letters to the Premiers of Alberta and Ontario for their recent policies increasing the minimum wage. Read the letter to Alberta Premier Rachel Notley below.

On behalf of the Confederation of Canadian Unions (CCU), the largest affiliation of independent unions in the country, I want to congratulate you and the NDP government’s policy of raising the minimum wage to $13.60 an hour, and the continued pledge to raise it to $15 an hour by October 2018.

Since the early 1970s, the CCU has advocated for increases in the minimum wage and the establishment of a living wage for all working Canadians. Your courageous policy, in the face of strong corporate opposition, brings us a large step closer to that goal for every working person in Alberta.

The progressive actions of your government overwhelmed the erroneous assumptions made by the business community about the minimum wage. Contrary to their beliefs, the majority of minimum wage workers don’t work for small businesses. According to Statistics Canada, 71% of minimum wage earners work in medium or large businesses, many of whom have enjoyed a recent profit boom in Canada and throughout North America.

Also, contrary to popular belief, the vast majority of minimum wage workers aren’t young teenagers living at home. Half of all minimum wage earners in Canada are 20 years of age or older, many of whom have families and children to take care of.

Going back well over a century, Big Business has always claimed that massive layoffs, business closures and economic disaster would be caused by any effort to improve the conditions of working people, whether it was abolishing child labour, the right to strike, establishing the forty hour workweek, health and safety standards, guaranteeing women equal pay with men, or employment equity.

The vast majority of research illustrates that responsible increases in the minimum wage have minimal effect on unemployment rates, but a big impact on the lives of low income workers. Just over 5% of workers in Alberta make the minimum wage, yet your policies will not only lift their incomes, but put upward pressure on the wages of tens of thousands of others who make just above the minimum.

Minimum wage increases also have a positive effect on consumption, since minimum wage earners spend more of their disposable income into the local economy. Businesses don’t create jobs when wages are lower. They create jobs when they have customers at their front door, and the single best way of doing this is ensuring that modest-income and working class consumers have more money in their pocket to spend.

Your increases in the minimum wage will also have a positive effect on fighting the staggering levels of economic and income inequality, which are a threat to both economic stability and our country’s proud and long-standing commitment to social justice.

Your political party made a promise during the last provincial election, and you kept it. That’s called democracy and good government. Former NDP Leader Tommy Douglas always said: “Courage, my friends: it’s not too late to build a better world.” I believe that other provincial governments throughout Canada will follow your courageous lead in one day establishing a living wage for all workers.

Once again, on behalf of independent unions throughout Canada, I want to thank you for your government’s progressive increase in the minimum wage and its ongoing support for working people in Alberta.