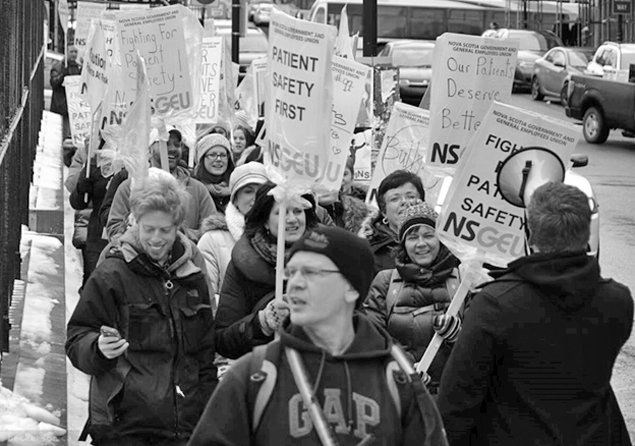 The Confederation of Canadian Unions calls on the Government of Nova Scotia to repeal Bill 37. It is our organization’s view that this draconian legislation – which effectively removes the right to strike from 35,000 workers in the province – is in violation of the Canadian Charter of Rights and Freedoms. The bill undermines the basic human rights of workers.

The Confederation of Canadian Unions unreservedly supports freedom of association, the right to meaningful collective bargaining, and the right to strike. Removing the right to strike effectively removes the obligation on employers to bargain in good faith. We call for fairness for all workers in Nova Scotia.

Bill C 37 will drive down wages and benefits, and is a slap in the face to all working families in Nova Scotia who have the simple expectation of a fair day’s pay for a fair day’s work. This fight is only beginning. Solidarity forever.