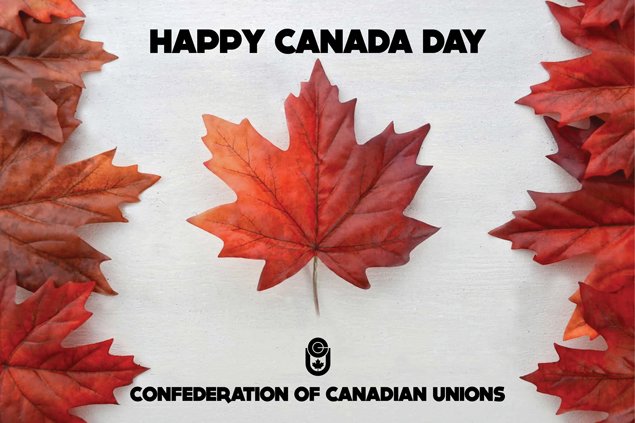 The Confederation of Canadian Unions wants to wish its members and working people throughout our country a very Happy Canada Day. There is so much to be proud of, and more to work for in building an even better Canada.

Observed on July 1st, the national holiday marks the anniversary of Confederation in 1867 when the British North America Act came into effect. It was originally known as Dominion Day until it was renamed in 1982.