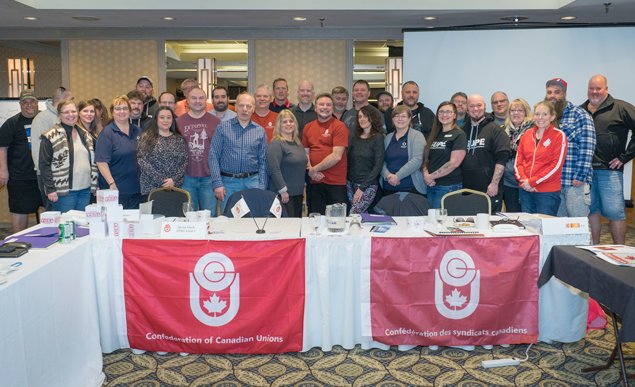 In March 2018, the Executive Board of the Confederation of Canadian Unions met in Toronto to discuss recent achievements, issues and planned activity for the months ahead.

Also, Chris Donovan and Brett Hughes are lawyers at Dewart Gleason in Toronto. They talked about off-duty conduct, drug testing and medical marijuana and dealing with DFRs.

During the Executive Board Meeting, there was also a special presentation by First Nations activist Michael Etherington, who talked about the history of injustice towards Indigenous peoples and current struggles for social justice and equality for Indigenous peoples in Canada.