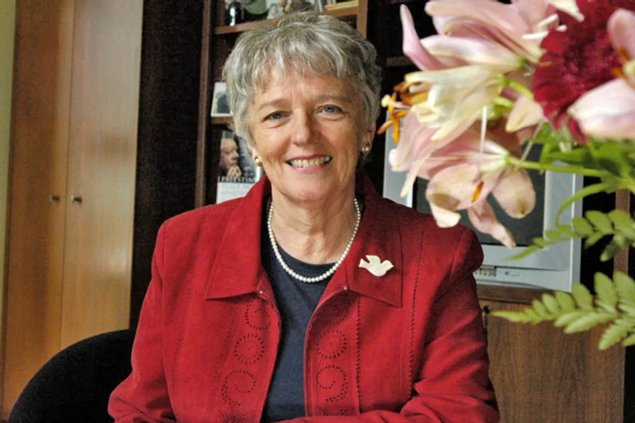 The Confederation of Canadian Unions remembers the life and work of Alexa McDonough, a longtime fighter for workers’ rights, social justice, and gender equality, and former leader of the Nova Scotia and federal New Democratic Party. The message below was written by the Douglas Coldwell Foundation:

On January 15th our dear friend Alexa McDonough passed away. A kind spirit with a keen sense of justice, Alexa was born in Ottawa in 1944 and was the first woman to lead a major political party in Canada when she was elected leader of the Nova Scotia New Democratic Party in 1980. Alexa went on to lead Canada’s New Democratic Party in 1995, and in 1997 helped the NDP make major electoral breakthroughs in Atlantic Canada. Alexa McDonough was named to the Order of Canada in 2009 for her pioneering work in politics and contributions to democracy.

Our President, Karl Bélanger, had the pleasure to serve as Alexa’s press secretary from 1999 to 2003. He told me how much respect and love he had for her. She impressed him and so many of us with her optimism, her courage and her commitment to the values of democracy, social justice and fairness. “She was always so strong and dignified, no matter the circumstances,” he told me. “It was never easy. But she was steadily focussed on the people she was trying to help, no matter how hard or how unpopular it might have been.”

In coordination with the McDonough family, to honour Alexa’s work, which embodied social democratic values and paved the way for so many women, the Douglas Coldwell Layton Foundation will be launching the ‘Alexa McDonough Women’s Leadership Centre.’ The Alexa McDonough Women’s Leadership Centre will be a living repository of the stories of the women who have fought so hard over many decades, their stories of success and triumph, and those who continue to fight for justice and social democracy today.