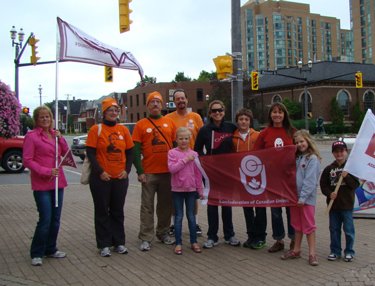 After more than two months of occupying streets, parks, businesses and public areas, the Occupy Movement, despite colder weather and government-imposed evictions, is still going strong.

It started on September 17th, with hundreds of people occupying Zucotti Park near Wall Street in downtown Manhattan. Just three weeks later, over 2,600 cities, towns and communities around the world were holding Occupy events, with millions of people participating.

Inspired by the democratic movements of North Africa and the Middle East, who earlier in the year occupied the largest cities of their respective nations to bring down ruthless dictatorships, the protesters in the West took action against rising social and economic inequality, the corporate control of government and attacks on human rights and democracy.

Even right-wing commentators were forced to admit it is a huge (and unexpected) success. For the first time in decades, families are talking at the dinner table about the role of banks and large businesses in society, and that years of wage decline and rising inequality are taking its toll on the working and middle classes.

Journalists and pundits were drawn into the discussion, flooding the airwaves with video and audio footage of the protesters and their demands for greater social justice and workers’ rights.

The Confederation of Canadian Unions also took part, especially John Hanrahan of the Nova Scotia Union of Public and Private Employees, who participated in several events with Occupy Halifax. CCU members at our biennial conference in late October took a break from the agenda and took part in Occupy Toronto for an afternoon.

Right-wing pundits in the corporate media enjoyed taking their shots at the movement, referring to them as spoiled children of wealthy families who had nothing else better to do. Others claimed they were “lazy” homeless people.

The Statistics on the 99%

In reality, the occupy movement consisted of a large, diverse group of people from all economic classes and backgrounds. Research published by the New York Times showed that approximately 13% of the Occupy Wall Street protesters were unemployed, just slightly higher than the 9% unemployment rate in the United States. And what else would you expect from a political movement that stands up for unemployed and low-income people?

The economic statistics are just as revealing, and give some insight as to why tens of thousands of people throughout the world are willing to sleep in tents in the freezing cold for weeks on end. A handful of billionaires in the United States own as much wealth as the bottom 50% of the population, while real wages have declined about 10% since the mid-1970s, and are showing even greater decline now during what many economists are calling a double-dip recession.

At the same time, banks and corporations are raking in huge profits, while continuing to slash jobs and cut benefits and pensions.

Canada is not immune to this rising tide of inequality. The percentage of wealth owned by the top 1% in Canada is the same now as it was in the mid-1920s, according to Statistics Canada. In fact, the rate of inequality is rising faster here than in the United States, and real wages in Canada have been stagnant since 1980.

A far great number of people are aware of this reality now than they were just two months ago, and it’s because a group of activists in late September decided to take a bold step and do something that’s never been done before. Successful political actions may start out small, but they blossom into large-scale movements that represent tens of millions of people around the world.

It reminds me of what Margaret Mead once said: “Never doubt that a small group of thoughtful, committed citizens can change the world. Indeed, it is the only thing that ever has.”