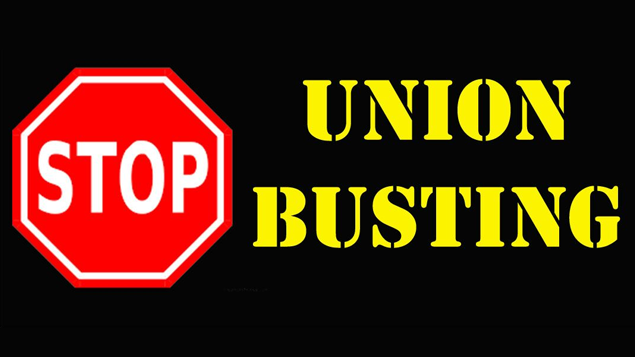 Originally printed in the Toronto Star
By Ian Bickis, July 13, 2017

CALGARY — The head of WestJet has stepped up his fight against the growing push to unionize the airline’s staff, telling them to resist organized labour’s pitch because it will chomp into their paycheques.

In an email sent last Thursday to the company’s 12,000 employees, CEO Gregg Saretsky revealed that five unions are now trying to certify several groups of WestJet workers after its pilots agreed in May to join the Air Line Pilots Association.

“Unions are opportunistically trying to grow their businesses by targeting WestJetters,” Saretsky said in the email obtained by The Canadian Press.

“Because let’s be clear — unions are a business. They increase their revenue by recruiting new members, and WestJet represents an opportunity to significantly increase their profits.”

A spokesperson for WestJet confirmed the authenticity of the email, adding that it’s part of an effort to ensure staff are “armed with the facts” about unionization.

“Money that goes toward union bureaucracy and, in part, to organizing efforts at other companies!” he said.

The president of the Canadian Union of Public Employees (CUPE), which is trying to unionize WestJet flight attendants, said Saretsky’s email reflects he is “way out of whack” when it comes to understanding unions.

“It’s something similar to what we’ve seen out of companies like Walmart, and some of those other big box companies that hate unions, and will say anything to try and scare off workers from joining a union.”

He said CUPE only campaigns at companies after workers approach them, and the benefits it has brought to the 11,500 flight attendants it already represents is a clear rebuttal to Saretsky’s position.

Since it was founded in 1996, WestJet has prided itself on a unique relationship with its employees that allows them to partake in profit sharing and other benefits. But that connection has been tested as the company embarks upon expansion plans that some rank-and-file fear could lead to tougher work conditions and an erosion of benefits.

The unionization drive includes appeals from Unifor, the United Steelworkers, the International Association of Machinists and Aerospace Workers and the WestJet Professional Flight Attendants Association. It comes at a time of rapid growth for the airline, which is aiming to launch an ultra-low cost carrier and expand their international flight destinations.